I decided to change things up slightly this week by trying out a contemporary cocktail, which I found in the wonderful Smuggler's Cove book by Martin and Rebecca Cate. Cate describes how he and one of the "Masters of the Cove" created this cocktail in the quest to make the ultimate swizzle cocktail. The name of the drink was inspired by numbers contained in the names of two of the rums Cate used to create this drink: Angostura 1919 and Lemon Hart 151. Alas, I didn't have Angostura 1919 rum, nor did I even have any other column still aged rum on hand (this obviously needs to be remedied in short order!), so I did my best with what I had. I used Mount Gay Eclipse, a rum somewhat similar in color, and with some of the same flavor notes that Cate describes the 1919 of having - particularly the vanilla, which is also present in the Mount Gay. 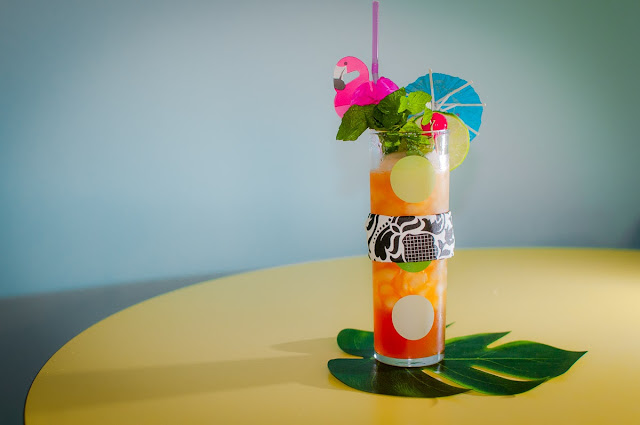 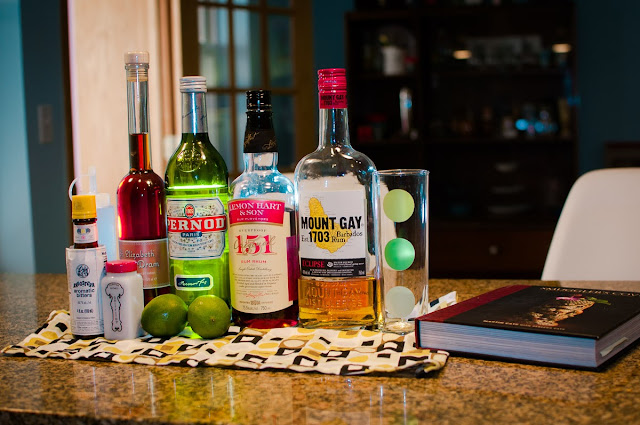 Add all the ingredients to a Collins or highball glass, then add crushed ice until the glass is 3/4 full. Use a bar spoon or lele to swizzle. Top up with additional crushed ice as needed to fill the glass and garnish. I garnished with mint, a lime wheel, and cocktail cherry.

Cate also recommends using a swizzle napkin wrap, which I used back on cocktail #24, the Chartreuse Swizzle. He learned how to do this when he worked at Trader Vic's and made the Queens Park Swizzle. Basically, you unfold a cocktail napkin, fold it in half diagonally making a right triangle, then fold over in about 1.5" sections. Then, wrap around the glass, and knot. This gives the drinker something to hold other than a very cold, frosty glass. 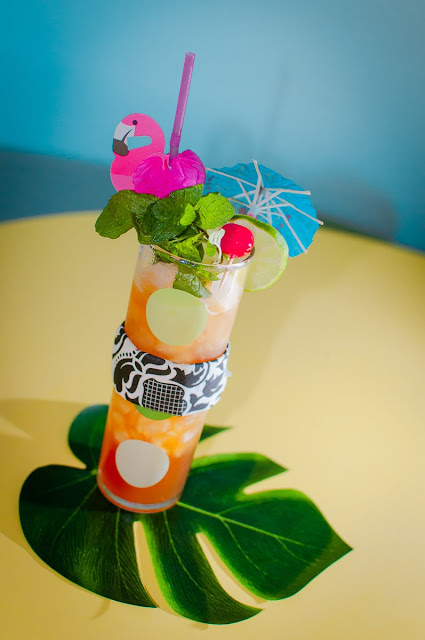 This is a really wonderful cocktail. It hits all of my favorite notes - first, the bouquet of mint as you pull the glass up for a sip, then the richness of the black rum, a hint of vanilla from the lighter rum, a savory spiciness from the Herbstura, allspice dram, and nutmeg, all kept in check by the sweetness of the syrups, and citrus of the lime. Absolutely wonderful. This ranks up there in my Top 10 for sure. I found that it got even more enjoyable as the ice diluted a bit, taking away the slight burn of the 151 that was there on the first sip. I can only imagine that using an aged rum would only improve this drink. Give it a try! 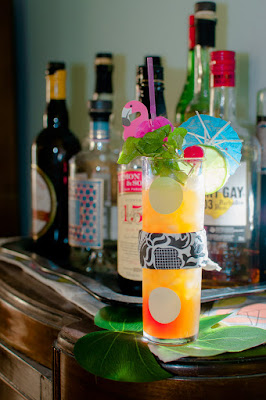 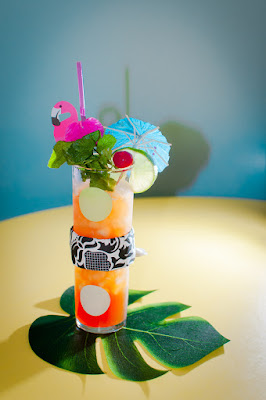 This week I leave you with some very interesting footage from 1956 - vacation footage from someone's trip to Bermuda! Ok, so maybe other people's vacation films can be boring, but this is actually worth a skim if, for nothing else, the cars, Bermuda short-wearing sailors, and lots of people who, on a tropical vacation, are dressed better than most people dress to go to work in 2017. I really wish I had a reason to purchase and wear a white dinner jacket ... sigh. Enjoy!