This week's drink, the Queen's Park Hotel Super Cocktail, may be one of the oldest of the previous 45 that I've made. Dating back to at least 1932, this drink originates from -- you guessed it, the Queen's Park Hotel, in Port-of-Spain, Trinidad. I found it in Jeff Berry's Potions of the Caribbean, and he notes 1932 as the year that "British travel writer Owen Rutter coaxed this recipe out of the hotel bartender and published it in his book, If Crab No Walk: A Traveller in the West Indies." 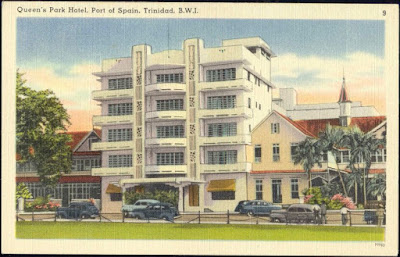 This cocktail is featured in Chapter 3 of Berry's book, in a section that details the colonial history of Trinidad, and in particular the fact that the Angostura company (of bitters fame) had a strong presence in Port-of-Spain in the early 20th century, after relocating from Venezuela. It's therefore fitting that this cocktail makes heavy use of Angostura bitters - a full four dashes. Here's the recipe: 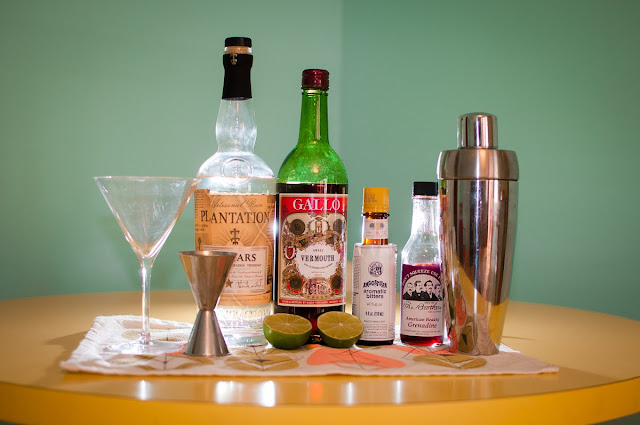 1.50 oz. gold Trinidad rum (I used Plantation 3 Stars, a white rum, which is a blend of rums from Jamaica, Barbados, and Trinidad - perhaps not really correct being that it's not a gold rum ...)
0.50 oz. Italian vermouth
0.50 oz. fresh lime juice
0.50 oz. grenadine
4 dashes Angostura bitters

Shake with ice cubes. Strain into a cocktail glass (I ended up using a coupe instead of the glass pictured since the volume of this drink is fairly small). 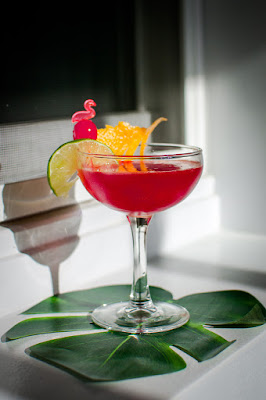 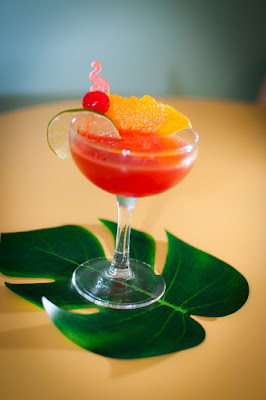 The Angostura bitters figure heavily in this cocktail. I usually love the addition of Angostura for an added spicy/bitter note, but 4 dashes' worth seemed a little heavy handed to me. It made the cocktail veer off into medicinal/Robitussin territory, which for me is pretty hard to do. My first impression was a "medicinal-tasting daiquiri." I didn't dislike it enough that I didn't finish it, but this is not a cocktail I'd be rushing to make again. That being said, if your taste generally veers towards that type of flavor, by all means give this one a go. From the little knowledge and experience I have of early cocktails (say, from the 1890s - 1930s), I'm not altogether surprised that this drink is from that era, and of course being from Trinidad, they would be keen to feature Angostura bitters heavily in a locally created and served drink. So, it's definitely worth trying just to appreciate for where it came from and the history behind it. 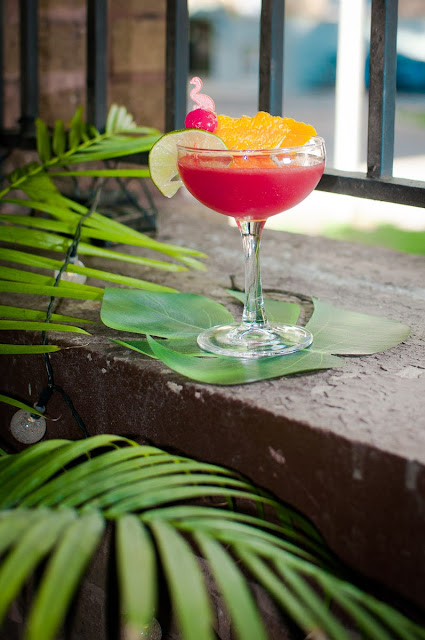 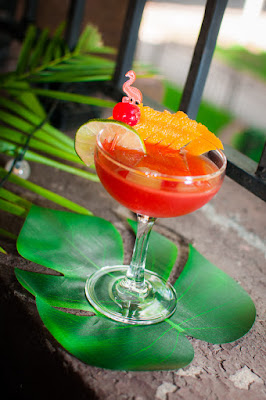 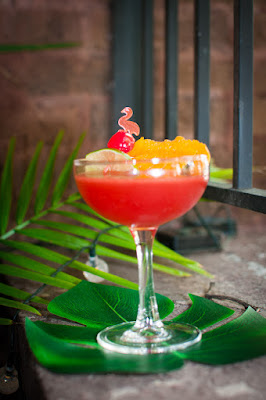 I found this interesting short film produced in the 1930s as a sort of travelogue featuring Trinidad - it's got some great footage. Skip to 2:22 to see people checking out the "world famous Angostura bitters factory, invariably the first stop on a sight seeing tour!" Until next time - cheers!