They say that sometimes the simplest drinks are the most difficult to master. Look at the martini. With just three ingredients, it's one of, if not the, most "famous" and well known cocktail in the world, and yet people still keep trying to master it. I suspect the daiquiri is in the same league, in a way. Three simple ingredients, dozens of versions over the decades, and yet with small tweaks it can be endlessly improved. I couldn't let 52 exotic cocktails go by and not give this classic a shot. 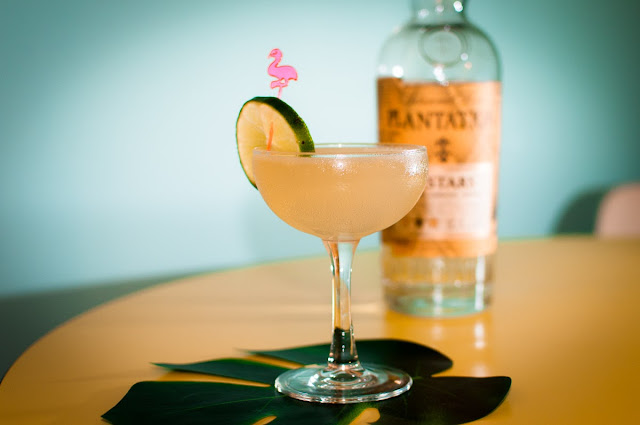 There is much written about the daiquiri and its origins. There are daiquiri recipes in the books I have by Jeff Berry, and in Martin and Rebecca Cate's Smuggler's Cove. At the end of the day, I decided to go with a version of Jeff Berry's recipe I found online, which sounded like the real deal. I made one modification with the rum I used - instead of Berry's recommended Cana Brava or Bacardi 1909, I used the white rum I had on hand, Plantation 3 Stars. Obviously, the rum you use here can make or break this drink. Personally, I feel like the Plantation 3 Stars worked very well - the drink was immensely enjoyable - but then again, I am not a daiquiri connoisseur. Sure, I've had a few here and there, but they were usually frozen, probably made with a mix, and not memorable.

Berry worked on this recipe for over a year, and the main thing to keep in mind is his use of a sugar blend of white and Demerara or turbinado sugars, in place of what has become the standard simple syrup, to cut down on dilution. 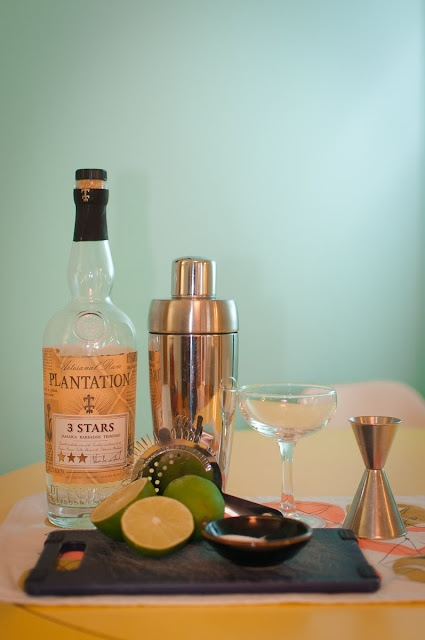 Here's his version of the daiquiri, from Punch:

Combine the sugar blend and lime juice in a mixing tin. Stir until the sugar has fully dissolved into the lime juice. Add the rum to the sugar and lime mixture, along with large cubes of ice, cracked with a bar spoon. Quickly shake and strain the drink into a coupe. 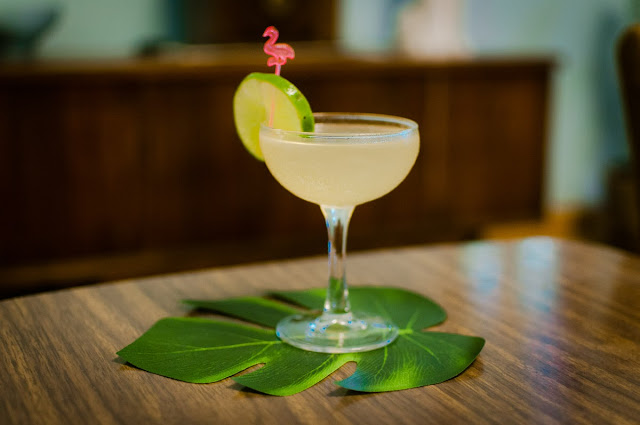 This is not going to be news to anyone who regularly enjoys daiquiris, but this was absolutely lovely. Sweeter than I expected (2 teaspoons!), the sweetness cut the tart citrus of the lime. And the Demerara component of the sugar complements the white rum with a very slight but noticeable hint of molasses. As someone who does his best to avoid added sugar except for a half-teaspoon in coffee, this was slightly too sweet for my taste, so if I made it again, I might cut the sugar back by a half-teaspoon. I'll be interested to try this with different white rums, including Berry's recommended Cana Brava, to see the differences. And I will say that *this* is the perfect drink to offer guests at cocktail parties - tiki themed or not. So simple, easy to make, and so enjoyable - this is a real winner. It doesn't have the over-the-top kitsch and garnish of many of the other tiki drinks I've tried over the last 49, but sometimes that's ok! 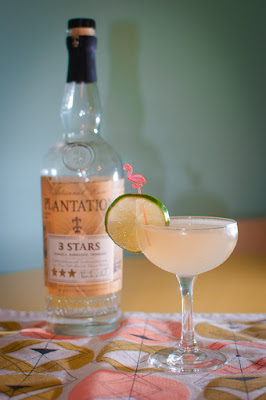 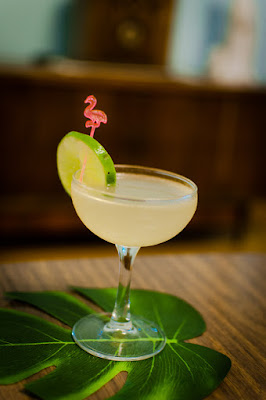 Mix one up today, sit back, and enjoy the simplicity. Cheers!

Given the daiquiri's Cuban origins, I'll leave you with some interesting 1950s/pre-Castro Cuba footage.