I'm not sure how I overlooked the classic Pearl Diver cocktail over the last 48 drinks. I'd read about it many times, was aware of the special glasses used for it, and seen it on tiki bar menus. I paged through my three main sources of recipes looking for it recently and came up blank, so I turned to the internet and voila - naturally. 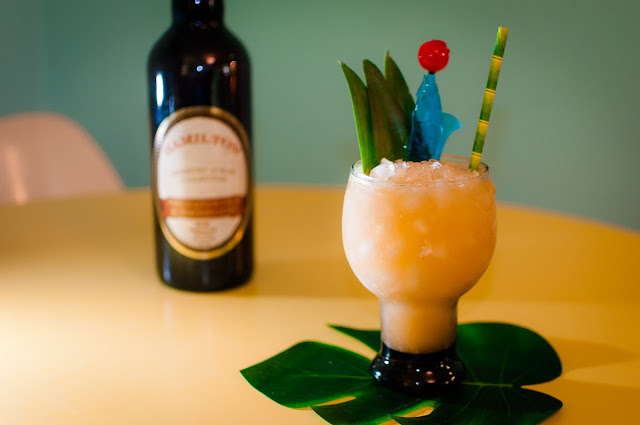 We seem to - yet again - have cocktail historian, tiki bar owner, and writer Jeff Berry to thank for unearthing yet another classic, and otherwise forgotten tiki drink recipe with the Pearl Diver. According to Berry, this one was created around 1937 by Don the Beachcomber. I wouldn't be able to put it any better than Mr. Berry himself so here's his take on this drink:


"A Hot Buttered Rum is lovely. But an Iced Buttered Rum is genius. Anybody can come up with a batter for the former, but only a mad soused scientist like Don The Beachcomber could think up a batter that not only liquefies in a cold rum punch but transforms it into an utterly unique experience, with a luxuriant flavor and silky mouth-feel. That he did this in 1937, over 60 years before the advent of molecular mixology, makes his Pearl Diver even more of a marvel."

This is one of those cocktails that contains a mysterious concoction, in this case, called "Don's Gardenia Mix" necessitating a recipe within a recipe. I used Imbibe's version of both, which is sourced from Berry: 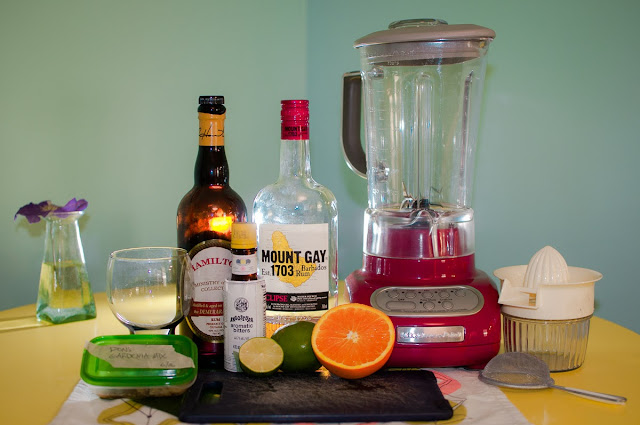 Combine ingredients in a blender and blend on high for 20 seconds. Strain through a mesh strainer into a Pearl Diver glass (I used the closest I had) and add fresh crushed ice to fill. Garnish. 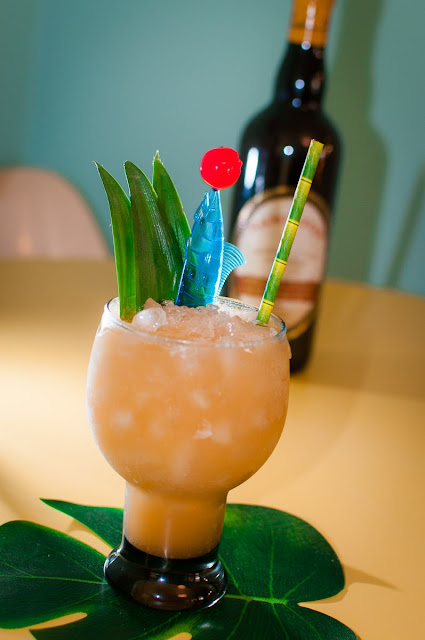 *Don's gardenia mix: Using a spatula or an electric kitchen mixer, cream 1 oz. of honey with 1 oz. of softened, unsalted butter; add 1 tsp. of cinnamon syrup, ½ tsp. of vanilla syrup and ½ tsp. of allspice liqueur. Refrigerate the remainder for up to 1 week.

One quick note is that I cannot overstate the importance of straining this through a fine mesh strainer. Don's gardenia mix, while adding a lovely flavor to the drink, will most likely contain butter fat solids (at least it did the way I made it); using the strainer will catch most of them (as well as any pulp, etc.). Over on A Mountain of Crushed Ice, there's a post about making drinks with honey cream in them, and you might find a method to try to reduce the butter solids with one of those recipes; personally I didn't find it problematic. 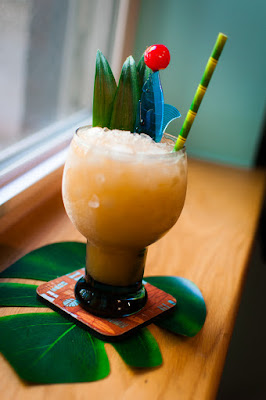 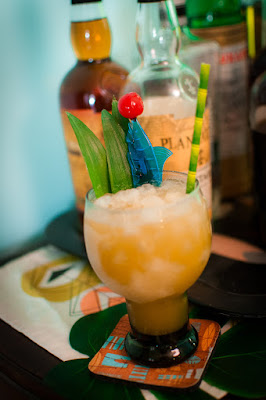 The cocktail is really nice. I found it smooth, with the Demerara rum playing a large role with a sort of smoky flavor to it, set off with hints of spice and citrus, and Don's gardenia mix. Despite honey being one of the main ingredients in the mix, I personally couldn't really taste much honey, but did get hints of cinnamon and allspice. Overall, I really liked this drink, and I'd love to get to Berry's Latitude 29 one of these days so I could taste a Pearl Diver made by a pro.

I've probably posted this one before, but it's a goodie and especially appropriate. The tiki bar scene, featuring Nat King Cole singing "Blue Gardenia" in the film of the same name from 1953. They are drinking "Polynesian Pearl Divers" apparently, though they look more like Navy Grogs what with the ice cone. Regardless, pretty neat (though Anne Baxter should have gone a little easier on them). Cheers!