Yikes! It's been over a month since my last post. The last few weeks have been hectic with travel for work, visiting family, and an uptick in my day job. I'm hoping to get back on a weekly schedule going forward!

This week, due to the kindness and generosity of a couple new friends, I was able to tackle the venerable cocktail, the Zombie.

A few weeks back fellow appreciator of all things tiki, the Meek Tiki (aka Lucas), his wife, and a friend visited Chicago for a long weekend from Minneapolis, and we met up at Three Dots and a Dash, naturally. They mentioned halfway through drinks that they had forgotten to bring a bottle they intended to give to me as a gift - a bottle of Lemon Hart 151. A while back, I had commented on a photo of his with that rum in it and mentioned that I had never seen this available - even at my go to beverage super-store, Binny's. I must have looked crestfallen, because a few weeks after their visit, an odd-shaped package arrived at my door - packed like a champ, they had sent me that bottle of Lemon Hart (and a handmade tiki cocktail pick from artist Michael Grider)! I'd seen so many drink recipes that had called for it and never been able to find it, and hadn't gotten around to sourcing an alternative Demerara 151 proof rum (check out the Five Minutes of Rum podcast episode that covers the history of the Lemon Hart brand and other 151 rum). So Lucas and Amber - thank you! I've put it to good use this week. 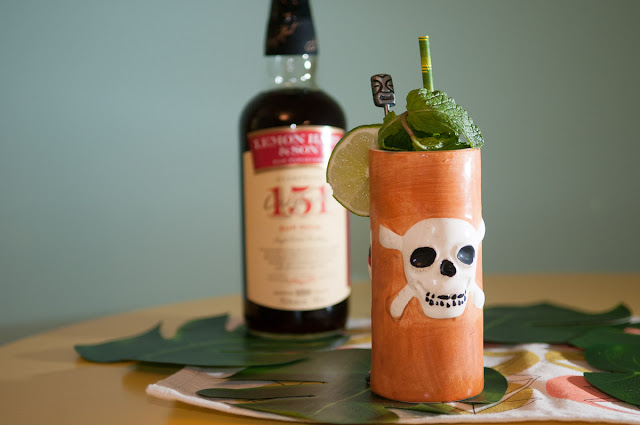 Ok, onto the drink. I sourced this Zombie recipe from Jeff "Beachbum" Berry's Potions of the Caribbean. It seems to be the definitive Zombie recipe. The Zombie was created by Donn the Beachcomber, circa 1934. Donn was notoriously secretive with his cocktail recipes, and he never published this one. So up until Berry unearthed it in Donn's headwaiter Dick Santiago's notebook, and published it for the first time in 2007 in Sippin' Safari, all attempts at recreating it were just best guesses.

Berry notes that the Zombie was likely a cocktail of its time - "after the privations of Prohibition, here was a poke in the eye of the Anti-Saloon League: an instant bender, with so much booze in it that Donn would serve 'only two to a customer.'" 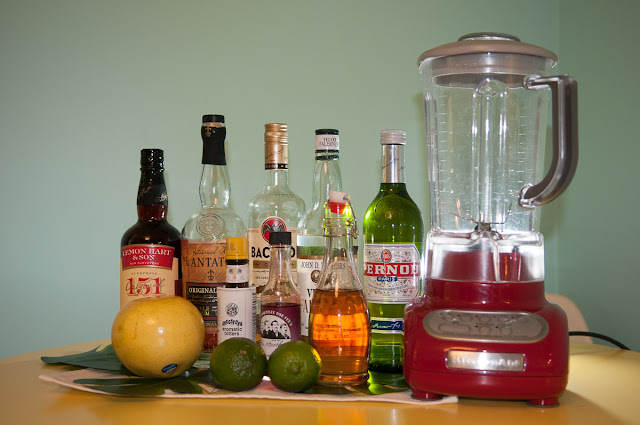 Put everything in a blender. Blend at high speed for no more than 5 seconds. Pour into a chimney glass (I used a tiki mug). Add ice cubes to fill. Garnish with a sprig of mint. 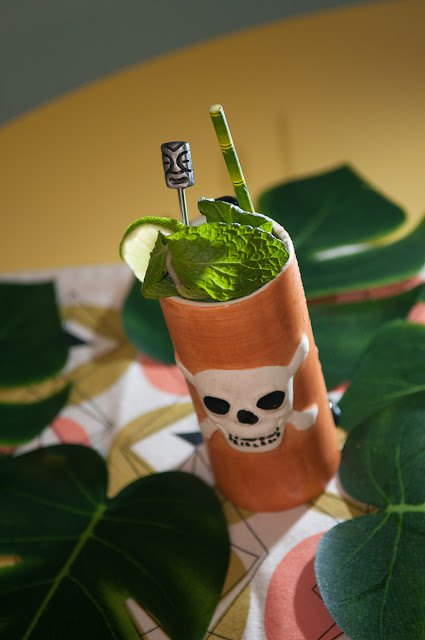 This drink knocked my socks off. 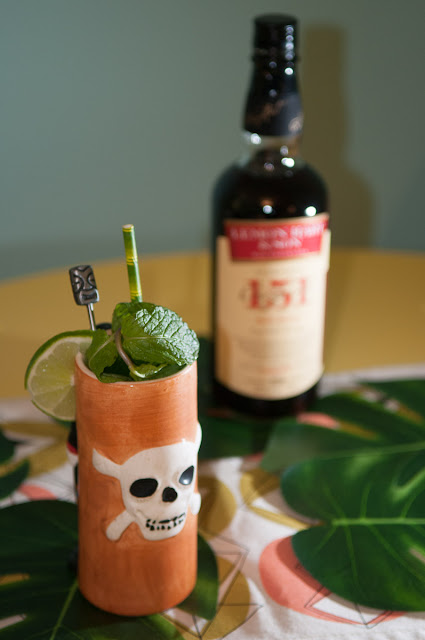 I'd ordered a Zombie a handful of times over the years at various bars, and I can't say any of them were all that memorable, other than being strong and probably a bit fruity. This sucker was a whole different animal. Next to the Mai Tai, this cocktail is definitely a favorite. It's both spicy and citrusy, and has the faintest note of anise from the few drops of Pernod. The Lemon Hart provides some heat for sure, but it's not unpleasantly burning like you might expect a higher proof rum to be. Dilution of the ice works in the drink's favor as it mellows it out a bit after a few minutes.

The Zombie is a wonderfully complex and enjoyable exotic cocktail - unlike any of the previous 36 that I have made in the past year. Find a bottle of Lemon Hart 151 and make one yourself! Thanks again Lucas!

Email ThisBlogThis!Share to TwitterShare to FacebookShare to Pinterest
Labels: 1934 zombie, favorite, how to make a zombie, tiki drink, zombie