This cocktail has been on my "to make eventually" list for a while, and it wasn't until recently that I was finally able to do so - with the gift of a bottle of Lemon Hart 151 Demerara rum from the Meek Tiki and his lovely wife Amber - thank you again!

This drink appears in both Jeff Berry's Intoxica! and in Martin and Rebecca Cate's Smuggler's Cove and I've borrowed variations on both recipes to make this drink. Here's Berry's recipe, to which he credits Donn the Beachcomber, circa 1941 (my modifications noted): 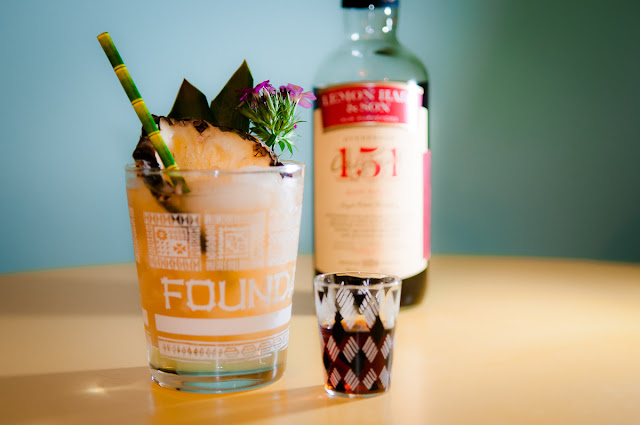 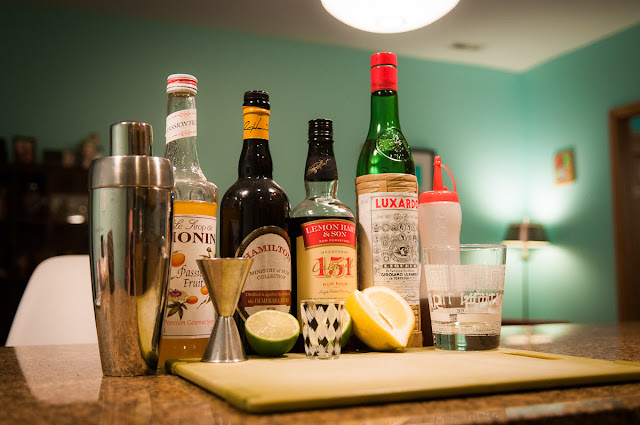 Method: shake everything - except the 151 rum - with ice cubes. Strain into a double old fashioned glass filled with crushed ice. Carefully float the 151 rum. Do not stir.

1 Given my experience with the Monin passion fruit syrup of it being way too overpowering if used in recommended quantities, I decided to halve the amount for this drink to 0.75 oz. If you have made your own passion fruit syrup or perhaps use a different, less powerful brand, your mileage may vary. For the Monin, 0.75 oz. was just about right.
2 I used Demerara sugar syrup instead
3  I upped this slightly to 1.25 ounces
4 I went with Martin Cate's version and used 0.75 oz. of the Lemon Hart 151

I also went with Cate's version of serving this drink - with a "side of danger!" - and poured the 151 rum into a separate shot glass. Cate recommends "encourag[ing] guests to pour as much or as little of the overproof rum into their drink as they like, and experience how the drink flavor changes."

When I realized that a full 2.5 ounces of lime juice went into this sucker, my expectations dropped slightly since I assumed that the citrus would be overpowering. While indeed tart, it actually was nicely balanced by the Demerara syrup and passion fruit syrup. The Demerara rums played really well with the tartness of the lime, and the sweetness of the syrups. I ended up really enjoying this drink from the get-go. I drank several sips before floating any of the Lemon Hart 151 onto the top of it. After the float of about half of the shot glass, the flavor did indeed change, and not just strength-wise in terms of the alcohol. The drink became a bit smokier from the 151, with a bit more caramel flavor. Really very nice! 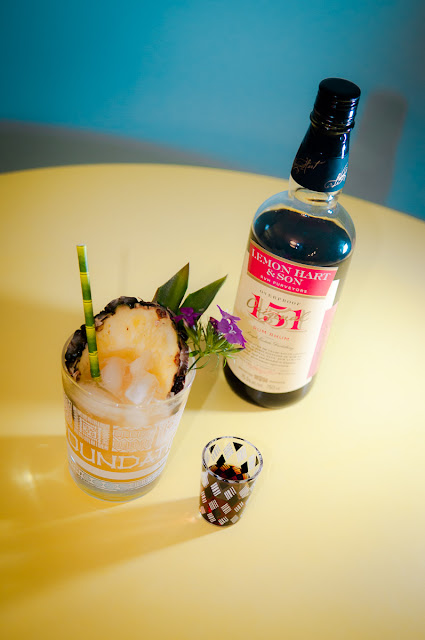 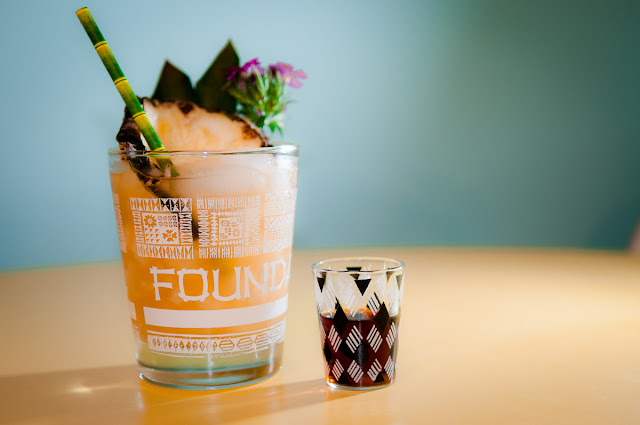 If you're a person who likes tart and sour things, you'll be into this. As my better half said, after tasting it and making an unpleasant pucker face, "of course you like this. If you could, you'd probably rim the glass with Sour Patch Kids coating!" Hmmmm ...!

"Our number one pre-requisite / Never stand when you can sit / And if you can - lie down a bit / Relax - no matter what you do / Enjoying life is up to you / The world is just a point of view / When day is done - and comes the night / No pastime makes the stars so bright / As greeting dusk with rum's delight / of all life's pleasures, deeplly drink / At every worry give a wink / It's much later than you think"

A slightly different take on the same sentiment, about 40 years later: