And now back to our regularly scheduled programming!

As Lloyd Bridges' character in Airplane! may have said, I picked a hell of a month to temporarily quit drinking. A fake president, talking about fake news when he doesn't like it, who tried to ban a whole group of people from our country ... well, it's been stressful, and rage-inducing. I lasted until about the 25th when we went out with a couple of our best friends to one of my favorite bars in Chicago, the Orbit Room. Anyway ... on to this week's fully loaded cocktail!

Ever since my attempt at making a Navy Grog months ago, with the failure of my ice cone, I've wanted to try again. Especially since my better half bought me Jeff Berry's ice cone kit for my birthday a couple months back. Turns out the Navy Grog isn't the only grog in the log ... The Captain's Grog also traditionally used an ice cone. So, last week I made a couple ice cones, which is itself a process. Even with the ice cone kit, I was having trouble getting them to work. I couldn't get them out of the mold without crumbling, or the straw hole was too small. After a little Googling, I read that if your snow ice -- ice you've made in your blender for example -- is too "dry" or too cold, it can make it difficult. So after some adjustments (pack the cone, wait a couple of minutes for the ice to melt very slightly, and then try to extract carefully), I was able to make two usable ice cones. 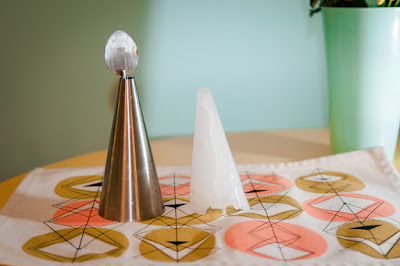 The Captain's Grog, according to our good friend Berry, originates from the Captain's Inn, Long Beach, Calif., circa 1962. The Captain's Inn contained the Hukilau Polynesian Room, which I assumed served many of these fine cocktails in its heydey. 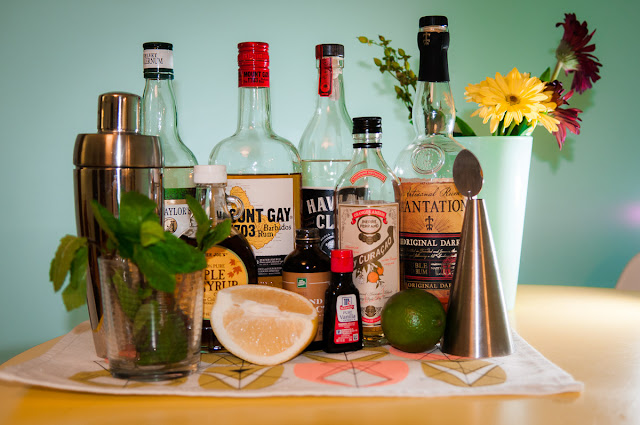 Here's the recipe:
(As you can see, I ran out of Myers's and instead substituted Mt. Gay, which was probably lighter than the original recipe intended. I'm also currently without any Puerto Rican or Virgin Islands rum, so I used a light Havana Club along with Plantation Dark. I probably should have swapped the Plantation for the Mt. Gay, but what can you do.)

Add all the ingredients* to a cocktail shaker and fill with ice cubes. Shake vigorously. Strain into a double old fashioned glass either filled with crushed ice or with an ice cone. Garnish with mint and cocktail cherry - and whatever the hell else you want!

* Berry doesn't specify adding the soda water after shaking, but one would assume you would just top the cocktail with soda water to avoid too much fizz while shaking. I took a couple of sips before I remembered to add the soda water and it was delightful either way - obviously a little stronger all around before the soda. 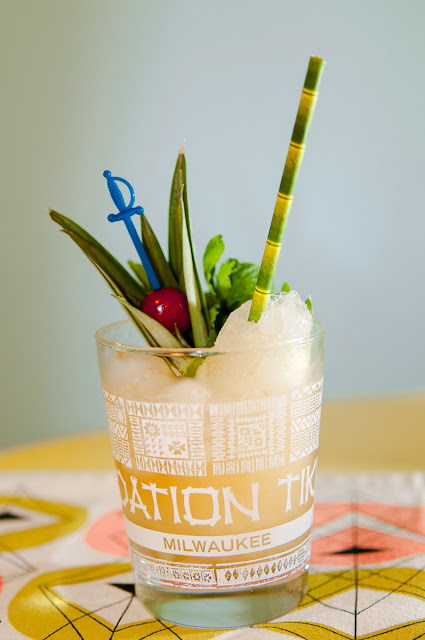 That's a long list of ingredients. I admit this is not the most approachable cocktail - the sheer number of ingredients, some hard to find, along with the whole ice cone thing ... but readers, I tell you this: it's worth the trouble. 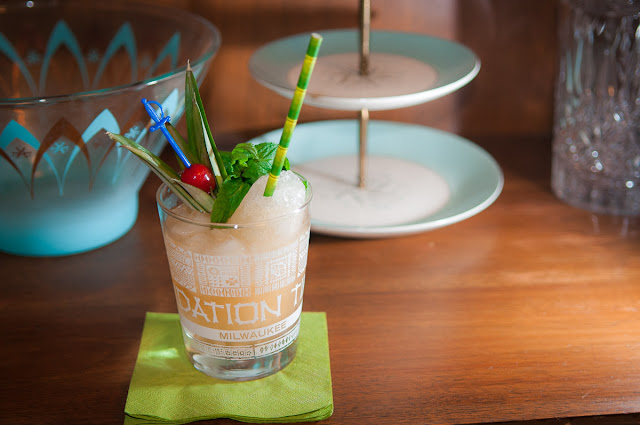 For me, the Captain's Grog rates up there near the mighty Mai-Tai, my all time favorite cocktail. I found it was a little sweeter than a Mai-Tai - perhaps the maple syrup gave it a little extra sweet kick, but it wasn't overpowering at all. Really nicely balanced drink, with all the rums settling in nicely and playing well together with the rest of the ingredients. The ice cone is a novel addition, and if you can manage to make a few for when you have people over, your guests will undoubtedly enjoy them. 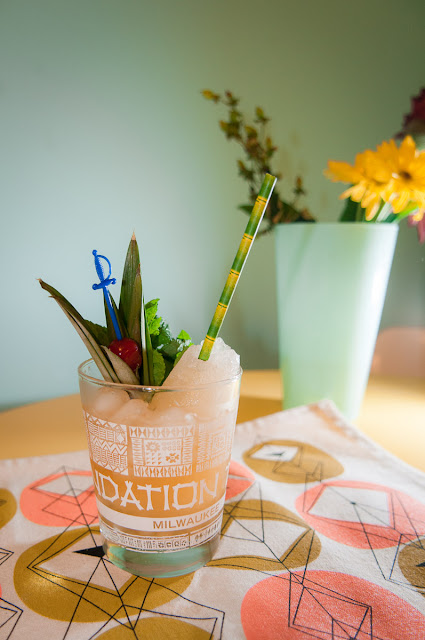 For this week's entertainment, I present to you the lovely Annette Funicello, doing "Pineapple Princess" set to some clips of her Hawaiian films. Enjoy, and cheers!