If one word could sum up the last 12 months as it relates to politics in the USA (and about 45% of the population of our country), I think it would be deplorable. This Tuesday is, at least, a pause in the insanity (though with all of the damage that Trump has done to the body politic, the insanity will undoubtedly continue, no matter what happens). The last couple months for me have been filled with fitful nights of sleep, and a constant low-level (and ever heightening) anxiety. I'll be glad when this is over.

Back in 2008 on Election Night my wife and I had friends over to watch the returns as we rooted for Obama. To pay homage to his heritage, as well as the color that has come to symbolize democrats, we made a version of the Blue Hawaii, way before I had any appreciation for proper tiki drinks. So it seemed appropriate on this Sunday before the 2016 election, that I revisit the Blue Hawaii - again to honor probably the best president I will see in my lifetime, and also to root for blue.

Ok, we're going to need this. Let's get into the drink.

The Blue Hawaii was invented by the famous bartender of the Hilton Hawaiian Village, Harry Yee, in 1957. A sales rep for a new Blue Curacao liqueur asked Yee to create a cocktail that featured it, and after experimentation he came up with this gem. I found a recipe for the Blue Hawaii in Jeff Berry's Grog Log which I modified slightly with some attributes of this recipe from Modern Tiki. Berry's is probably the most historically accurate so here it is: 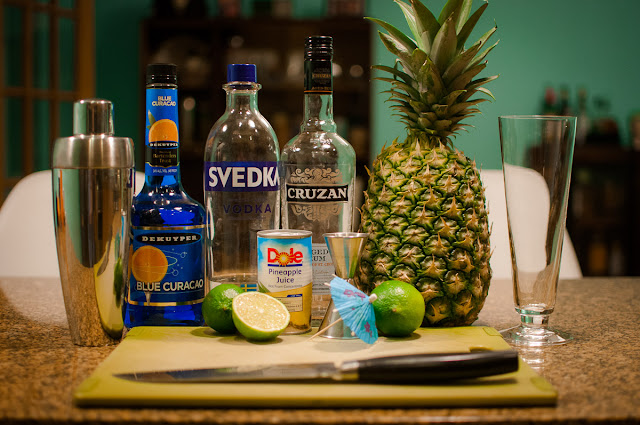 His only instruction is, "mix everything in a tall glass packed with crushed ice."

Since I'm not a huge fan of cocktails with vodka as the only spirit, I decided to go with the Modern Tiki version where they do split of 0.75 oz. light rum and 0.75 oz. vodka. If I were to make this again, I would stick with Berry's 2.00 oz. pineapple juice instead of the 3.00 oz. Modern Tiki used. Also, I shook everything with lots of crushed ice in a cocktail shaker and poured it unstrained into a Pilsner glass (though a Hurricane glass would probably be more appropriate). I added ice as needed. I garnished with a pineapple wedge, three pineapple leaves, and an umbrella. 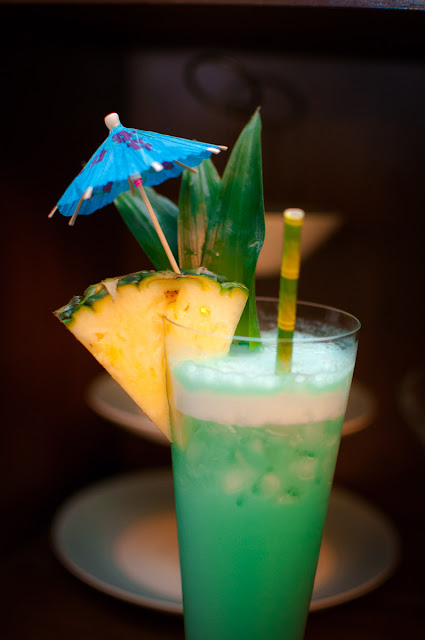 Blue Curacao gets a bit of a bad rap, especially in today's world of "craft, grain-to-glass" cocktail snobbery. But what the hell? Blue drinks are ridiculous and fun. Is this bottle of Blue Curacao going to last me the next 20 years? Probably. But once in a while it's fun to whip up something that the characters in the Fifth Element would have been drinking. And what is tiki if not fun? 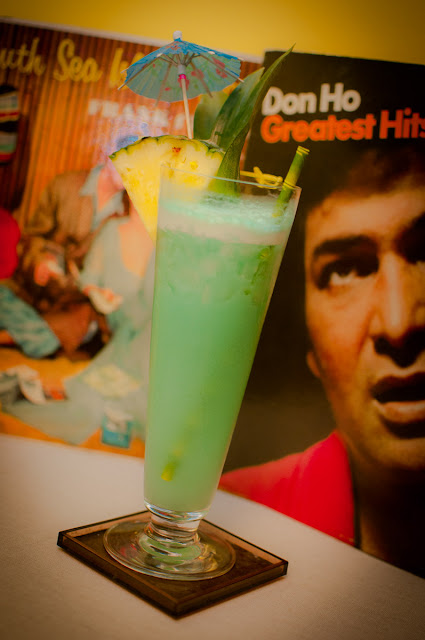 As for the taste - like I said, I would have held back a bit on the pineapple juice, but otherwise, this drink was absolutely wonderful. Sweet, fruity, frothy - this is absolutely a cocktail that you would drink at some Disney resort, and it goes down so, so easy. It's not complex, it's easy to make, and your guests would love it if you served this at your election night gathering. Grab that $10 bottle of Blue Curacao at the supermarket and mix one up for Tuesday night. 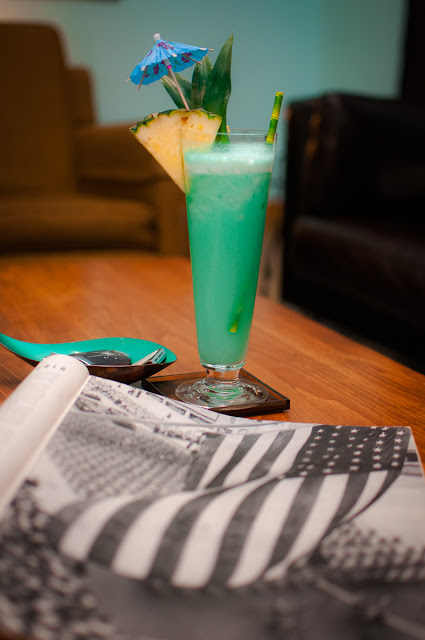 Hopefully we will be celebrating, and not drowning our sorrows. 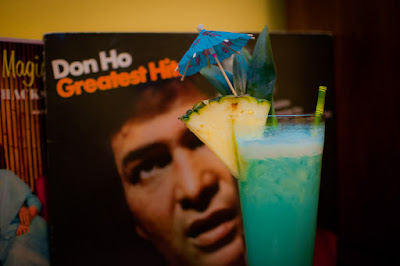