This is without a doubt the most complicated drink I've ever made. I originally stumbled upon this cocktail in Jeff Berry's Grog Log. Given that the temperatures here in Chicago are starting to dip into the teens and single digits, and partly inspired by my blogger friend The Meek Tiki who recently conquered Hot Buttered Rum, I thought it was high time I tried a hot tiki drink.

There's not much background by Berry on this one other than, "circa 1950s." I assume this would have been served as an after-dinner drink in a 1950s tiki palace after a few too many Zombies and pu-pu platters. It's a showpiece, and would have been finished tableside to show off the flaming effect.


***
Before I go any further, whenever you're messing around with fire and alcohol, use extreme caution. Do not make this after you've had a few, and do not light anything up near anything flammable like tiki bar decor. I literally had a fire extinguisher right at my feet ready to go, and you should too. Please read Crikiti's post on home tiki bar fire safety.


***
Ok, back to the drink. After reading Berry's recipe and Googling around a bit, I ended up using parts from two different recipes (possibly a mistake). 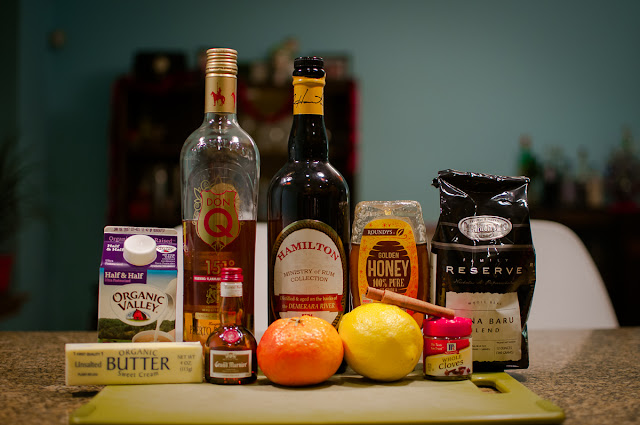 I found what purports to be the "ancestor recipe" (attributed to Don the Beachcomber's book, Hawaii Tropical Rum Drinks and Cuisine) on the Atomic Grog blog:

The ingredients in light blue are the ones I used. Here's the method I used (largely the same between the two, and largely copied from Atomic Grog):


Combine the rum, cinnamon, cloves, and citrus peels in a heat-proof pitcher or pot. Stir, set aside and let the rum soak into the peels.

Into a small pan, pour the hot Kona coffee and add the honey mix. Slowly heat. Pour heated (but not boiling) mixture into a coffee grog mug. Take the pitcher and coffee mug to a serving table.

With chopsticks, remove a piece of the orange or lemon peel and set afire. Plunge the peel back into the pitcher, setting the rum mixture ablaze.

If possible, pick up the flaming citrus peel pieces and drop them into the coffee grog mug. Pour the flaming rum into the glass, stir with chopsticks and serve.

* For the honey cream mix: In separate small bowls, heat equal parts sweet (unsalted) butter and honey (I also added a dash of half and half). Then combine and whisk until well blended. Use immediately

** Since I did not have 151 Demerara, I instead used regular-proof Hamilton Demerara, and 151 Don Q.

Unfortunately I do not have a flaming skull mug that this would normally be served in, so I used a rum barrel from the Tonga Hut. I carefully set the contents of the pitcher ablaze and did my best to pour a stream of flame into the coffee. Doing this, and photographing the spectacle yourself is a bit of a challenge, so the photos could be better (I should have turned down the lights, naturally). But you get the idea. 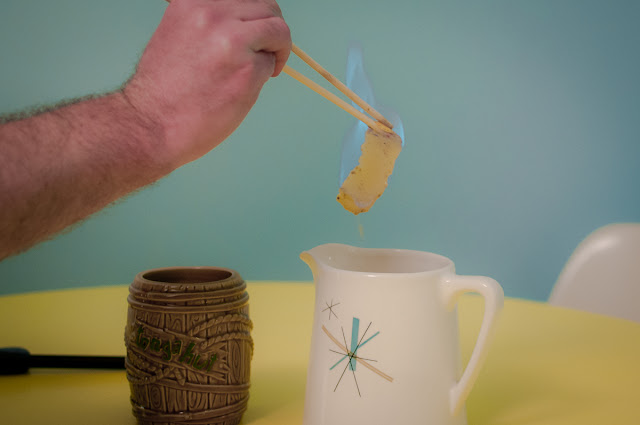 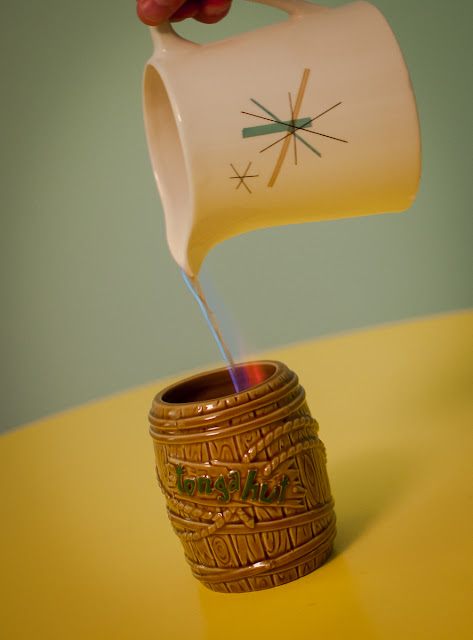 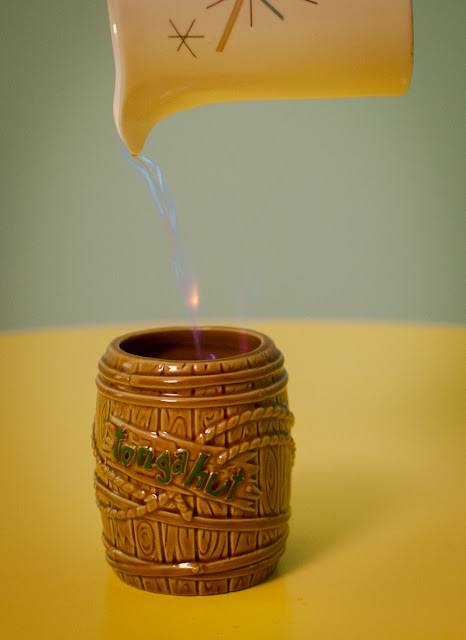 How does it taste? Well, given all the effort I put in, I wish I could say I enjoyed it more. For me, the orange/citrus aroma dominated the drink, even when bringing it near my nose to take a sip. I definitely used too much orange peel and should have only used one. I just couldn't get past the citrus/coffee mix, and I ended up only drinking about half of it. With a reduction in citrus, I can see how this would be a fairly pleasant after-dinner drink, and I have to think that most of the alcohol gets burned off during all the flaming, so it's not very potent. 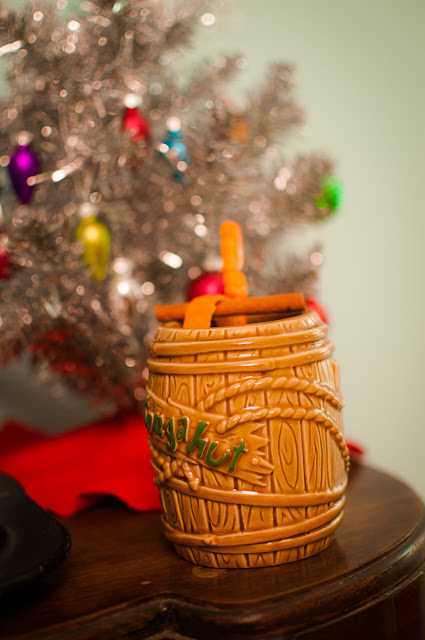 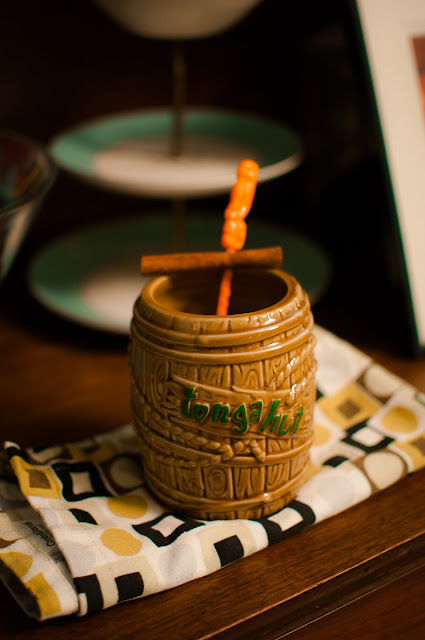 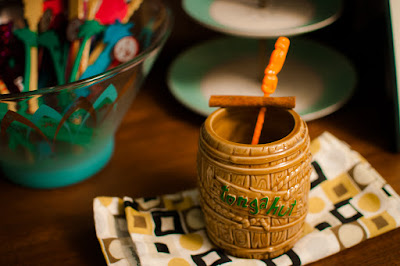 If nothing else, it's a real showstopper if you do it right for your guests (safely!).

For your holiday viewing pleasure, I give you the wonderful Judy Garland Christmas Special from 1963. Enjoy!