As you know, I love a good garnish. Many exotic cocktails are traditionally garnished using maraschino cherries. I've been getting tired of using the neon dyed artificial jarred grocery store ones lately and considered splurging on a jar of those wonderful Luxardo cherries. But, at $20+ I would rather put the money toward another interesting bottle of rum, rather than spending that cash on what is basically a decoration (though I do like to eat them while I enjoy my cocktail). So, I began looking into making my own - especially given that we are at peak cherry season at the moment. 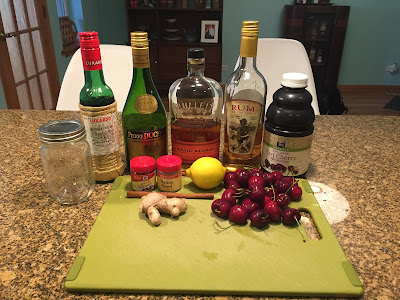 I searched and found this recipe on a Chowhound thread about Luxardo cherries, posted by a user "StriperGuy":


- Blanch cherries in very Salty boiling water for 4 minutes
- Rinse and soak for a few minutes in cool water to get rid of salt
- Place cherries in large jar
- Add healthy amounts of the following: star anise, cinnamon sticks, whole cloves, allspice, anise seed, fennel seed
- Make some REALLY concentrated red hibiscus tea (this is to help the cherries keep their color) and add 1/2 cup to the bottle
- If you can find some good cherry juice add a cup to the jar
- Fill the rest of the jar with vodka or cheap brandy
- Add sugar to taste
- Wait at least a month 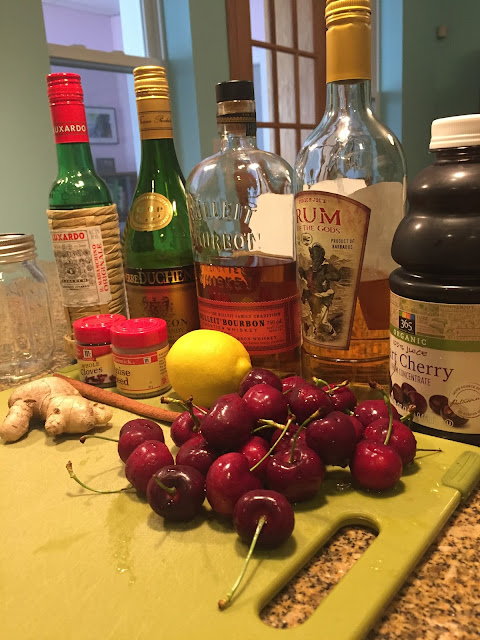 I made some modifications. First, of all I only had a pint sized mason jar on hand and given this is my first time trying this, I am not making very many cherries - maybe two dozen at the most. I used about 2-3 ounces each of brandy, cheap-ass Trader Joe's rum, bourbon, and Maraschino liqueur. I also omitted the hibiscus tea and just used about 3-4 ounces of cherry juice. I added a vanilla bean split in two and some fresh ginger. I didn't use allspice, anise, or fennel because I just didn't have them on hand. I imagine you can really use anything that you want to - some people in the thread mention using habanero peppers for a kick. I added back into the mason jar all the pits and any juice from my pitting exercise, which is described below. 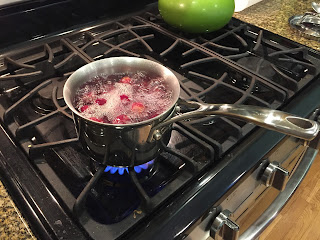 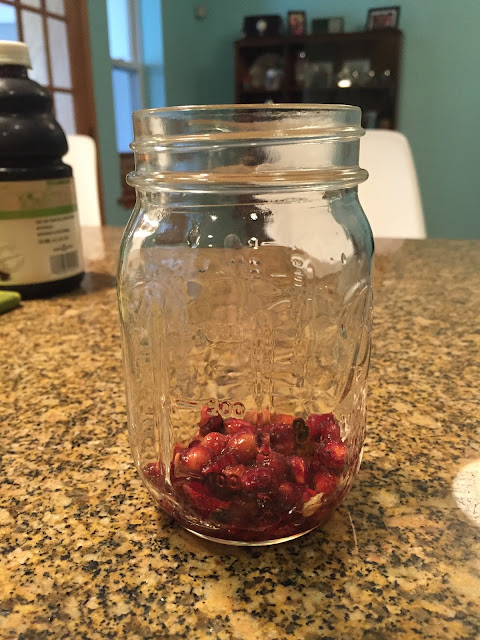 So, I pitted my cherries before blanching them. Some people said they did not pit them at all, but I wanted mine pitted. To do so, remove the stem. Get a chopstick and insert the small end into where the stem was and go in until you hit the pit, then wiggle it around a bit to dislodge it. Then, in the other end of the cherry do the same thing except try to make a slightly bigger hole. Then go back to the stem end, and grasp the cherry between your thumb and index finger and gently push the pit out the other end with the chopstick. It's a pain, but once you get the hang of it, it goes pretty quickly. I tried my best to keep the cherries whole and not have the pit blow out one of the sides. 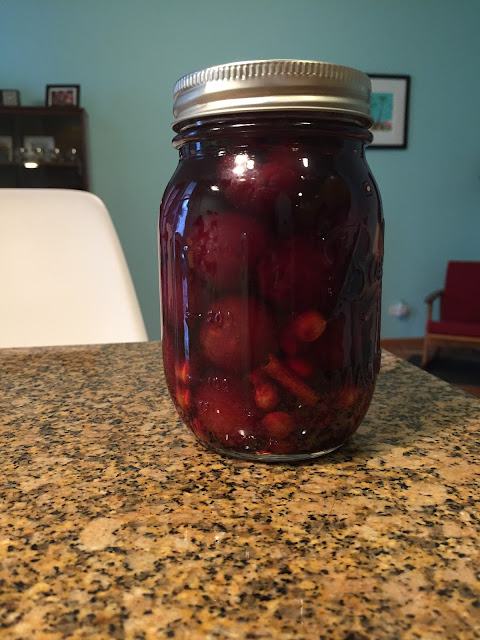 I put the cherries away for a month and recently used them in a Three Dots and a Dash. They were ... interesting. They did not end up with a really concentrated flavor that the Luxardo cherries have; they just sort of taste spicy and boozy. I think they could have used another tablespoon of sugar, and maybe fewer cloves. Their appearance isn't fantastic either - they got a bit bloated and their color turned a little purpleish-gray. That said, they are perfectly fine to eat and use as garnishes and they aren't loaded with a bunch of artificial crap.

Give it a try if you're curious! Cheers!